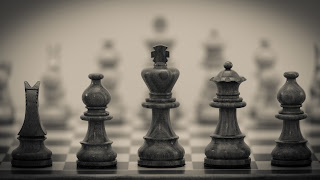 Specific state and federal laws govern military divorce. Civil courts will preside over divorces for military personnel, just like they do for civilians. Some differences in the law will apply to a military divorce, however. One such difference involves military pensions.

Divorce basics
In order for a Maryland family law court to have jurisdiction over a military divorce, a member of the U.S. armed services or his or her spouse must reside in the state or be stationed there. An active duty military member, unlike a civilian, cannot "default" on divorce proceedings. These state and federal laws protect soldiers from becoming divorced without knowing it or having a reasonable amount of time to handle divorce proceedings.

The local Maryland court that has jurisdiction may postpone the divorce until the military member is no longer on active duty. If the military member so chooses, however, he or she can waive this right and move on with the divorce. In addition, that member must be personally served with divorce papers, they cannot be mailed.

Dividing assets
Maryland state law governs property division in divorce. Maryland is an "equitable distribution" state, meaning that the presiding judge will divide marital assets fairly, not necessarily equally, once the divorce is finalized. Military pensions are marital property and will be included in the equitable distribution settlement.


The Uniformed Services Former Spouses' Protection Act sets out how military retirement benefits should be divided in a divorce. The USFSPA is a government agency that will direct payments to the former spouse of the military member. A former spouse will only receive a part of a servicemember's retirement if the marriage lasted 10 years or longer while the military member has been on active duty.

Support Payments
Child support and spousal support are also generally big concerns for any divorcing couple, including military divorces. In Maryland, state child support guidelines govern how much child support a servicemember must pay. Those guidelines are the same for both military members and civilians.


For further information
This article is a brief overview of the basics of a military law divorce. Because each marriage and situation is unique, so too may be the legal needs of spouses going through military divorce proceedings. For example, what if the spouse who was a member of the military needs VA benefits? How will that affect retirement accounts?

Military members and their spouses looking to divorce or currently in divorce proceedings should consult with an experienced Maryland divorce attorney to discuss their options.
Posted by Dondi West at 9:30 AM