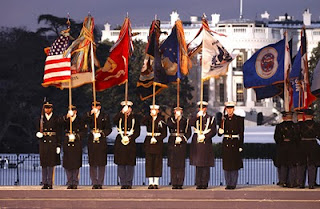 The battlefield in military divorces is often military pension division. It is essential to learn and understand the unique set of rules in military pension division. The basic issues for the military spouse (usually the wife) in the divorce battlefield are the first topics covered below.
An overview of the battlefield is contained in the SILENT PARTNER, Military Pension Division: Scouting the Terrain, and the topics below expand that advice to help protect the spouse and ensure that she receives her benefits from her marriage to the servicemember (SM). It is essential for the spouse and her counsel to understand the law, to know the rules and to be alert for minefields.

It is also essential to keep records to help the spouse make the case. This includes records of taxes (state income taxes, personal and real property taxes), voting registration, home ownership, copies of the SM’s Leave and Earnings Statements, bank records and motor vehicle documents. These can help with the first part of the battle, which is the issue of domicile and residency.

Remember to help the client with costs, time and research. A fully contested equitable distribution trial or pension division trial can be costly indeed. Few clients have the will or the pocketbook for diehard resistance. Fortunately for the spouse, not many servicemembers or retirees want  to risk battles over visitation, child support, alimony and other matters in a case that could be settled, just
to engage in “nuclear warfare” regarding the pension. All states allow military pension division. Only a few bar the division of pensions that are not vested. The job of a good lawyer is to guide the client with sage advice and serious judgment. Advice and guidance for the “big picture" along these lines is essential for those who are truly serious about helping these clients.

Roadblocks and Minefields
Our client in this example is Mrs. Roberts, the wife of Army Colonel Bill Roberts. He’s been in
the Army 20 years and now they’re going through a divorce. Mrs. Roberts wants her share of the military
pension. Here are the arguments he’ll probably use, and her responses:

Constitutionality. If COL Roberts says, "They can't do that -- it's unconstitutional," don’t worry. The
constitutional attack on pension division will fail. This issue has been rejected in all state courts that have
considered it. The same argument was also rejected by the Court of Appeals for the Federal Circuit in
1990 in Fern v. United States.

Retroactivity. In general, the claim for military pension division must be made at a time when both
federal and state statutes allow for such division. Thus the first real inquiry is to decide whether Mrs.
Roberts is too late to claim pension division. This would be the case if her divorce decree or equitable
distribution judgment (without military pension division) was filed on or before June 25, 1981 or before
the equivalent implementing legislation at the state level (if it was filed after this date). If she’s asking
now for the pension, rather than trying to amend a prior decree, she should prevail on this issue.

Timeliness. The next point of analysis for COL Roberts' case is whether the claim was filed procedurally
in a timely manner. This is a very technical question of state law. Some states limit the filing of
equitable distribution claims to the period up to the granting of a divorce or dissolution; if you wait till
after that, you’re “too late.” Others require the filing to occur after the separation of the parties and
before the divorce or dissolution occurs; you can’t just file suit for property division while you’re still
living together. Under North Carolina law, for example, the rights of the spouses to marital property
division vest at the time of the parties' separation; the right to equitable distribution does not exist if the
claim for it is filed before the separation. In addition, the right to equitable distribution must be asserted
before the final divorce judgment; a divorce judgment destroys the right to equitable distribution unless
that right is asserted prior to the granting of a judgment of divorce. Be watchful for such limitations in
the state where Mrs. Roberts files suit (or responds to the suit filed by COL Roberts). This defense
involves complex procedural research that is best left to the expert; it is wise to consult a good family law
attorney or refer this kind of case to a family law specialist.

Waiver. Be sure that Mrs. Roberts hasn’t waived her rights. Did she sign a separation agreement or
property settlement agreement? An antenuptial agreement can also waive property division rights. In
some jurisdictions, such an agreement does not have to define specifically the property that is involved or
that is exempted from division. Even if there is no mention of the pension, a general clause in the
agreement which waives the marital rights of the parties can be construed as barring a claim for equitable
distribution.